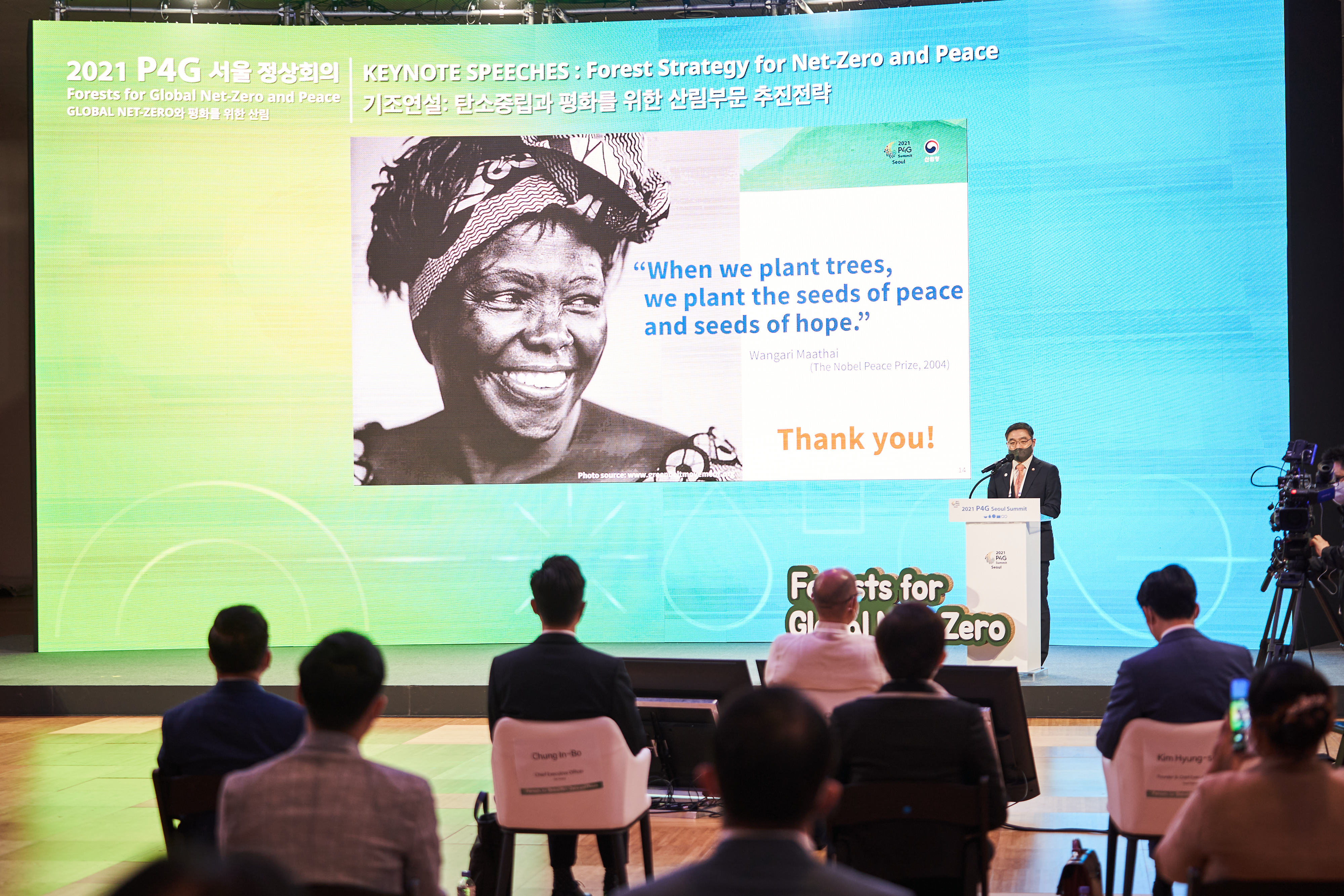 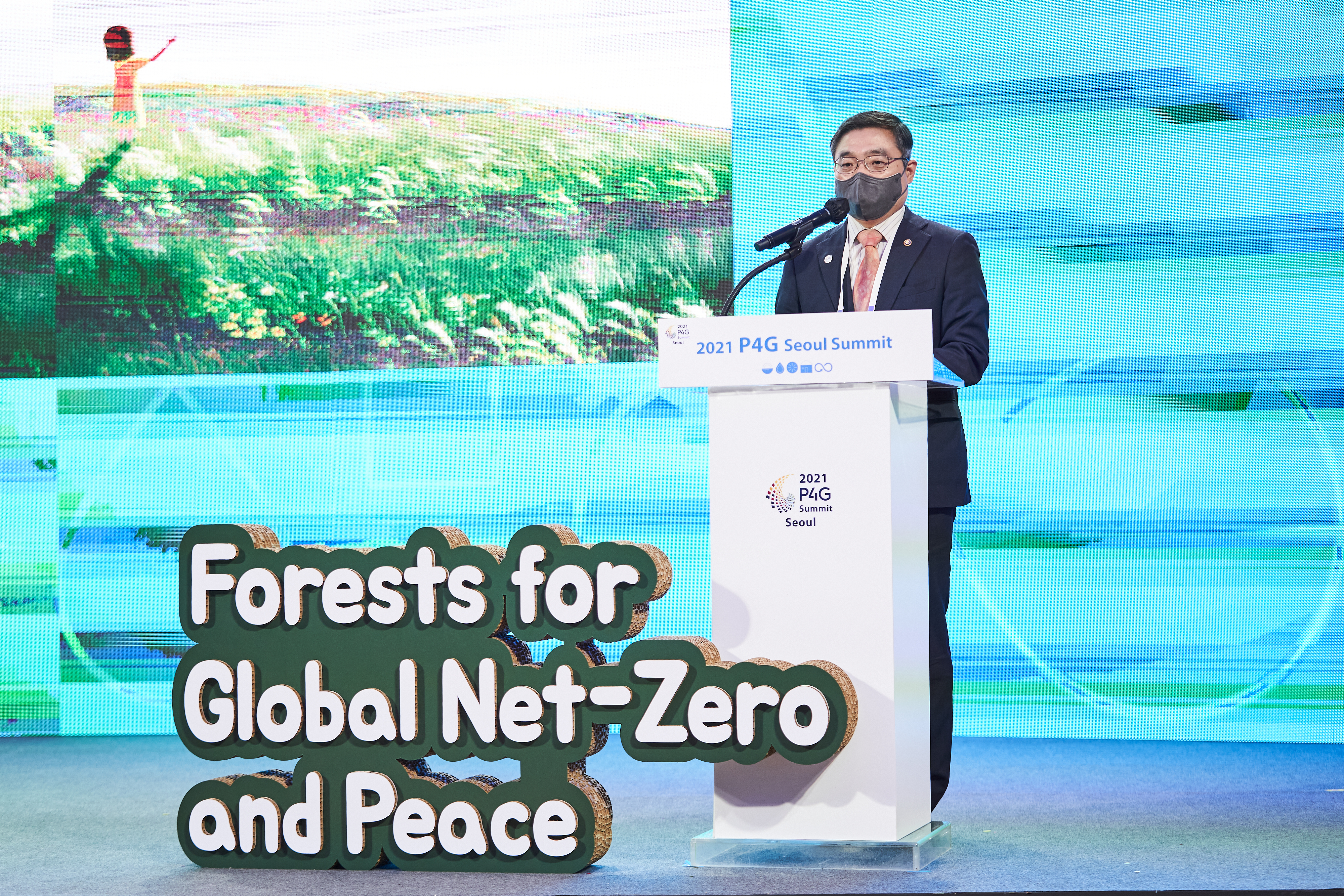 On May 18th 2021, the Korea Forest Service organized a Special Breakout Session on Forests during the Green Future Week of the P4G Seoul Summit 2021, under the theme of “Forests for Global Net-Zero and Peace.” The session focused on the role of forests as a major carbon sink, and discussed the current status and future direction of the world’s forestry sector.

At the session, Minister Byeong-am CHOI emphasized the importance of partnering between public and private sector, and advanced and developing countries, to tackle the global climate crisis together. He introduced a P4G Partnership Start-up Project named ‘Agroforestry for People, Peace, and Prosperity,’ of which the governments, public and private sector of both Korea and Ethiopia collaborate to restore the forest ecosystem and build a traditional style shade-grown coffee farm. He also extended his invitation to the 15th World Forestry Congress to be co-hosted by the KFS and the FAO next year.

Click the URL below to watch the Special Breakout Session on Forests of the P4G Seoul Summit 2021.