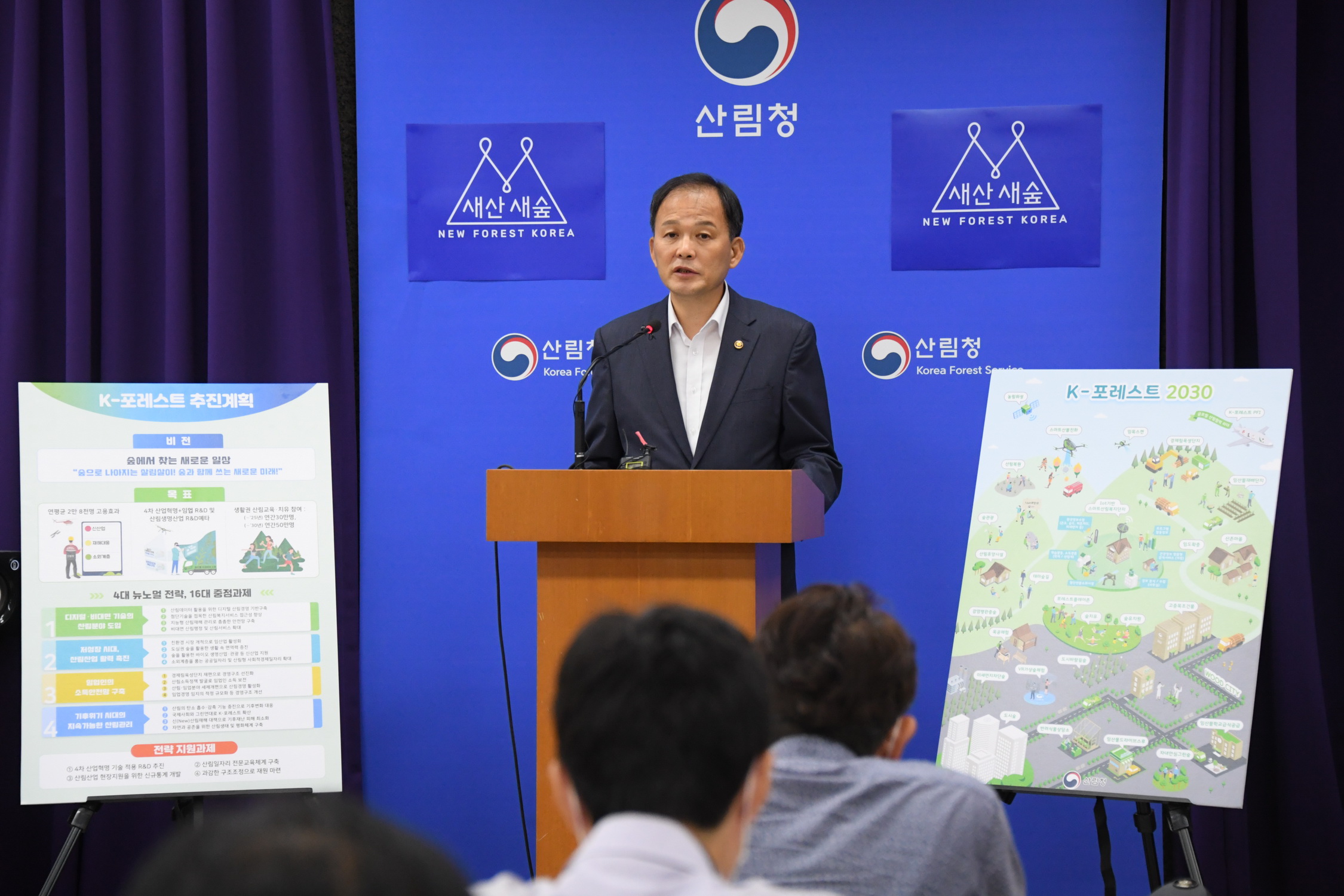 
The year 2020 was a very special year to the Korea Forest Service like much of the world. Despite challenges posed by the pandemic, we had another fruitful year.

Here are top 10 forest news of 2020 selected through a survey of journalists and KFS staff.

1. Implementation plan of K-Forest for the Korean New Deal in the forestry sector

The Korea Forest Service (KFS) has announced “K-Forest Plan 2020-2030, as Korean forest new deal policy including the creation of 5,000 public jobs in the forestry sector in the post-Corona era.

3. Increased public value of well-managed forests - about 4,000 USD per capita

The public value of Korean forests reaches 221 billion USD per year which means each citizen can be provided with public benefits of about 4,000 USD. In order to publicize the importance of well-managed forests and related policy, the month of November is designated for a forest tending period.

As part of our efforts in response to climate change, the KFS established “Sejoing National Arboretum” with the nation’s biggest greenhouse so as to conserve and propagate native plants from the central temperate forests.

5. Largest forest growth in the Asia-Pacific region by FAO report

At the 25th session of FAO Committee on Forestry (COFO) it was addressed that the Republic of Korea saw the largest rate of growing stock in the Asia-Pacific region between 1990 and 2015. The result comes from the flagship report in the region named “Forest Futures-Sustainable Pathway for Forests, Landscapes and People in the Asia-pacific region”.

6. Enactment of the Act on Urban Forest

The Act on Urban Forest has been enacted with the purpose of creating and managing urban forests in a more systematic way. That way it is expected that various urban forests will reduce fine dust and alleviate urban forest heat island phenomenon, thereby creating a more pleasant living environment and more resting places in the urban areas.

Five rich national forests with outstanding landscape and high ecosystematic value are widely publicized throughout forest eco-tourism so as to offer opportunities for those who suffer from pandemic fatigue to get themselves recharged in forests.

The KFS has developed wearable robots for forest work, especially for fire-fighting with the view of preventing forest disasters and minimizing damage thereby ensuring safety of the people.

A night fire-fighting helicopter called “Surion” has been developed domestically. With a successful trial operation, the Surion was mobilized to suppress Andong forest fire at night.